The stress of work had been getting to me of late. I need a new scenery, but this time I need something cheap. My bank account doesn’t have much to show as we seem to be continually on the road, and it becomes even more difficult because I have Alex with me too. Alex has his own set of expenditures and sometimes it is a struggle to ensure that he gets all that he needs. I’ve always believed that traveling helps a person grow. That’s one of the reasons I want Alex to see the world from different perspectives, before he grows up, as I believe it is the best education a young man could have.

Recently I have been toying with the idea of visiting one of the countries that borders the Mediterranean Sea. It had been on my mind for quite a while but I started getting serious about it when I noticed that there were some good deals out there. As usual I sat down to do my research to find some cheap holidays. It took me a while but I found that the best options were either in Greece or in Spain. Both the places seemed extremely alluring.

The Rhode islands in Greece looked promising but there was also a particular appeal to another place called ‘Zante’. Also known as Zakynthos in Greek, Zante is a small island off the coast of Greece. It’s beaches, forested hills and quiet coves were perfect for a Alex and yet would give me the peace and calm that I need.

A little research on my number two option (Spain) revealed another set of exciting options. Costa de Sol and Costa Blanca were two famous beaches that we could afford to go too. The Spanish islands were not a bad idea either. Lanazorte, Tenerife and Majorca made their way on to my list. As can be expected the research put my mind into turmoil. It was time to call in the cavalry! I resorted to asking my five year old son what he thought about the options. It never ceases to amaze me how wise his little mind is. He told me to choose the cheapest option. It made me feel so proud of my little boy. I however was not completely convinced it was the best plan of action. 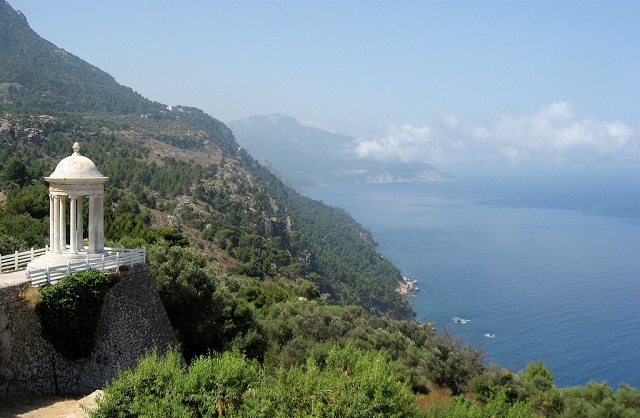 Alex came over to me and put his hand on my knee and asked me, “Mum, do you want to go to a beach or an island?” For a moment I was speechless. It made perfect sense to separate the options that way. We soon came to a consensus that we wanted to visit an island. That was all that was required. After scrolling through my options I realized that the best option to visit was Majorca in Spain. There was a hotel that was offering a great price in Palma Nova, Majorca. The airport in Majorca was a stone’s throw away from the hotel too! It wasn’t that difficult a choice now that I looked at it from Alex’ perspective. Even though I’ve been a mother for a while now, Alex still finds ways to amaze me. I don’t mean to brag but I honestly think I have the world’s brightest kid. A kid that knows how to plan a vacation! I mean, how many people can boast about something like that?